[March 8, 2017]  Kaula Incorporated (Head office: Chiyoda-ku, Tokyo, Representative Director, Katsuji Okamoto), aiming to be a Blockchain platformer, has formed a business tie-up with KAHM Japan Co., Ltd. (Head office: Kita-ku, Osaka, Representative Director, Hirokuni MIYAMATSU, Kenji AIBA). UK, an advanced country of Blockchain technology, is making progressive approach to facilitate innovation. We will rapidly collect the information and promptly evaluate companies aiming to break away from the sandbox program. Both companies will not only target the Blockchain sophisticated companies in UK and European countries but also work with their business partners.

Background of the alliance

The British Government has begun to operate a system using Blockchain technology on trial basis to grasp the expenditure of recipients of the benefit. In addition, the Royal Mint announced to launch the gold dealing product “Royal Gold Mint(RMG)” using Blockchain in 2016. In this way, the British Government is paying attention to the possibilities of the Blockchain at a very early stage. Now the revolutionary digital gold era with safety and transparency is about to begin. Both Kaula and KAHM are planning to quickly collect the up-to-date information in UK which edges closer to practical use of Blockchain, and develop a platform of Blockchain that can be utilized in various ways in the Japanese market.

Two Senior Commercial Officers, who worked at Trade & Investment section, British Consulate-General in Osaka, founded a company in 2014. With long years of experience and a wealth of knowledge and networks in bridging the business and intellectual property between Japan and the UK, they support overseas advanced companies’ expansion into Japan, overseas expansion of Japanese companies, introduction of overseas advanced technologies and intellectual property for Japanese company and research on business information using its international relationships. In addition, the company has commissioned work as a Japan office of the Oxford University Innovation (OUI), an academia-industrial company of the University of Oxford in UK and Horiba MIRA, UK automotive engineering research company.

Now that disruptive innovation is required, management team with extensive experiences in wide-ranging business and talented young people gathered and established a company in January 2017 to support corporate reform with a new solution. Based on Blockchain technology, the company is developing business in all areas of IoT, Big data Analytics, AI and Blockchain as a breakthrough platformer that reforms life and industrial structure as well as a support for companies. 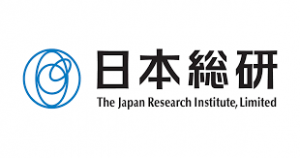